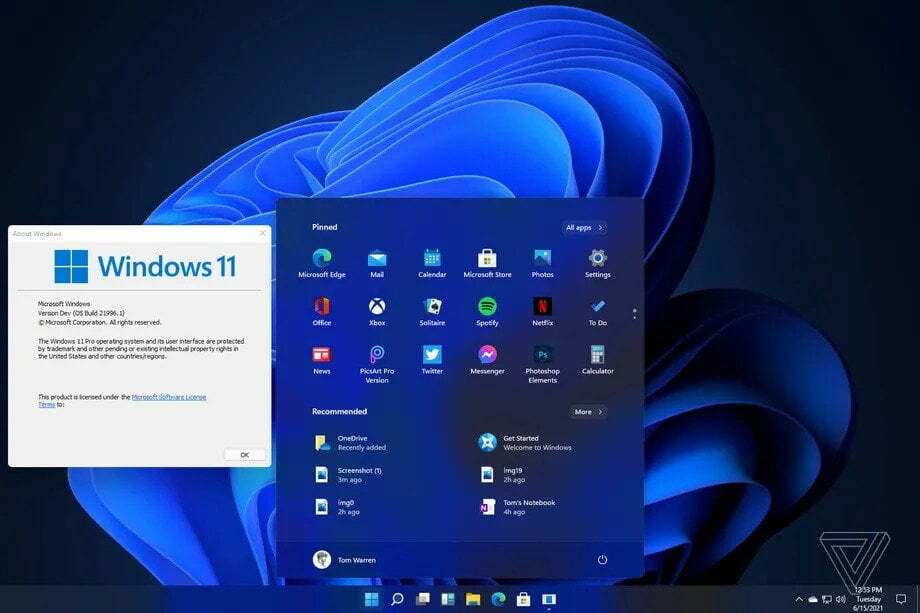 Screenshots of all the features of Windows 11, the new operating system for Windows, have been published on the Chinese search engine  Baidu, including the new Windows user interface, Start menu, and other features.

The user interface and start menu of the new Windows 11 are very similar to Windows 10, visually the most visible changes that users will see are the changes in the taskbar. Microsoft has cleared the tray area with app icons in the middle, while a new start button and menu have also been added.

The updated Start Menu for Windows 11 is a simpler version of the Live Tiles menu in Windows 10.

It has the ability to pin apps, recent files and quickly shut down Windows 11 devices. The user interface of the new Windows is actually much simpler than the existing Windows 10 in the market.

If you don’t want to put the app icon and the Start menu in the middle, this new Windows also has the option to put them upside down. Microsoft has also used Round Corner throughout Windows 11, which also appears in the context menu, around the app, and in File Explorer.

The senior editor of the technology website The Verge also mentioned in his tweet the changes in the user interface and start menu of Windows 11.

How to Find and Delete Duplicate Files on Samsung Galaxy