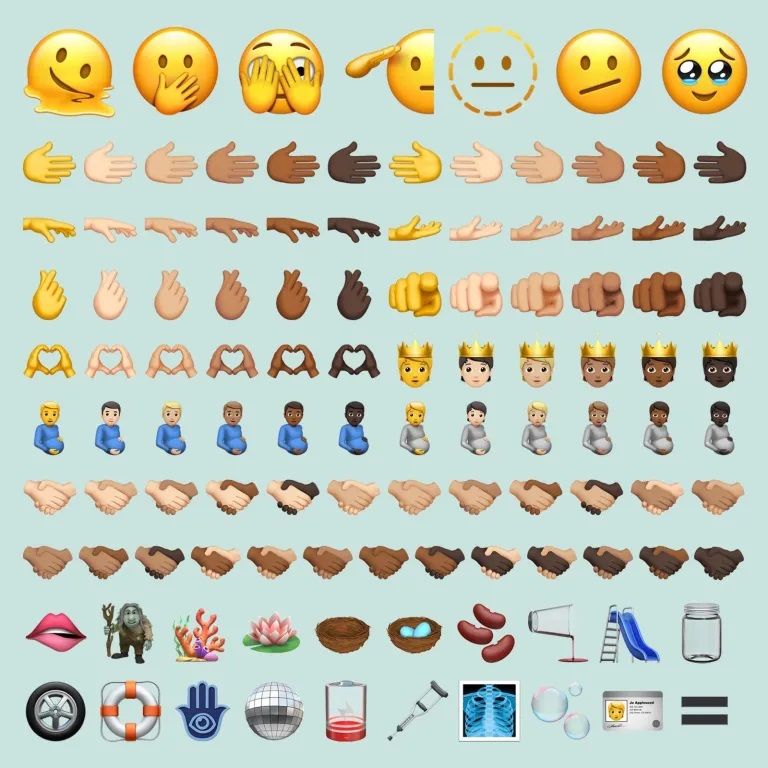 Apple recently updated its iOS operating system, and iPad and iPhone users can now take advantage of iOS 15.4’s new features. Despite the fact that the arrival of up to 37 new emojis and 75 new skin tones for a total of 112 new characters is undoubtedly the most predicted. This is only a sneak peek at Unicode’s next-generation Emoji 15.0, which will be released later this year. Let’s see What New Emojis Are In IOS 15.4 (iPhone/iPad) in this article.

Designs with seven smiley faces, including Google’s popular half-melted face emoticon, are included among the new emojis in iOS 15.4. “Face with open eyes and hand over mouth,” “face with the peeking eye,” “greeting face,” “dotted line face,” “diagonal mouth face,” and “face holding tears” are some of the variations. Since the release of iOS 11.1 in 2017, this is the most smiley emoji in an Apple emoji update.

Another new feature introduced by this update is gender neutrality. As a result, we will now see “person with crown” and “pregnant person,” which can be a man. A biting lip or a new “troll” creature can also be found.

New gestures among the emojis in the hand section include a finger pointing directly at us, a palm up, a palm down, two hands forming a heart, and a hand that “clicks.”

The “handshake” emoji contains these new colors. We could only choose the skin tone of one hand at a time until now, so both hands had to be the same. However, with the update, we will be able to select the color of the hands separately, allowing us to display an emoji with a different shade of hand.

A glass spilling wine, sea corals, an empty nest, an empty nest with eggs, bubbles, a lip, a lily pad, a blue hand with an eye in the center, the equals sign, peanuts, a low battery symbol, and there’s no shortage of new options for gender fluid people with pregnancy or wearing a crown are also included.

How to Read WhatsApp Group Chat Messages Without Entering