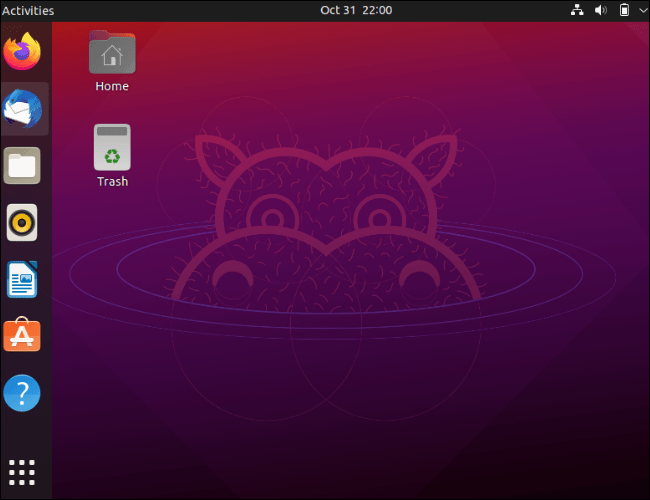 You may have heard the phrase “Ubuntu” mentioned in internet discussions, usually in the context of considering alternatives to Windows. So, what is it, and why do individuals prefer to utilize it?

Mark Shuttleworth, a South African-British developer and entrepreneur, founded the Ubuntu Foundation in 2004. He sought to make a more user-friendly Linux distribution than Debian, which was at the time the most popular among Linux users. However, it was infamously difficult to install, and the Foundation set out to change that.

Because Debian was (and still is) open-source, Shuttleworth used it as the foundation for his operating system, which he named Ubuntu. It translates to “humanity toward others” and “I am who I am because of who we all are.”

Why Do People Use Ubuntu?

Let’s have a look at all the reasons why Ubuntu might be worth a try.

Ubuntu does a fantastic job of introducing newcomers to Linux as an operating system. While it differs greatly from Windows and macOS in appearance, it has a relatively simple learning curve.

GNOME is one of the most popular desktop environments (DEs) in the Linux world, and Ubuntu utilizes it. Consider the DE as a painting on top of the Linux kernel, which is a canvas. GNOME is a desktop environment that allows you and your computer to interact in a natural and appealing way.

For the most part, a newbie should be able to get by with just Ubuntu and GNOME. However, if you have an old PC that is having trouble running current software, you might want to try Ubuntu MATE, Lubuntu, or Xubuntu. If you’re having trouble deciding which DE to use, we offer a guide to help you pick between the several Ubuntu flavors.

You may have heard that Linux is more secure than other operating systems and that this is due to its open-source nature and the lack of Linux-targeted viruses. When we state that an operating system or software is open source, we mean that anybody can add code or make changes to the source code. Thousands of people and developers collaborate to address problems and security flaws.

However, there have been times when Ubuntu has faced strong opposition from the community. Canonical included Amazon apps and search features in Ubuntu 18.04. Now, Amazon isn’t known for its privacy practices, and the preloaded Amazon shop frequently suggests affiliate links in order to collect fees. Despite the fact that it was deleted in later Ubuntu editions, some individuals continue to use earlier Ubuntu versions and have the programs installed.

Ubuntu can also collect data about your hardware (RAM, CPU, GPU), location, and use. You can, however, choose to opt out during the installation process or afterward in the settings.

Most popular Windows and macOS software, such as Chrome, Slack, VSCode, Spotify, and others, are also available on Ubuntu. The operating system comes with an app store called “Ubuntu Software,” which lets you search for and install apps with only a few clicks. Even if your favorite apps aren’t available, you can come across alternatives that you prefer.

One of the disadvantages of Ubuntu Software is that you can only install apps in Snap format. Snap installations have certain benefits, but they are slow and take up a lot of storage space when compared to traditional program installs. As a result, some Linux users refuse to install it.

But don’t worry, you’re not limited to Snaps alone. A DEB installation file is provided by the majority of popular Linux programs. Consider DEB to be the equivalent of a Windows EXE file or a macOS AppImage file. All you have to do is download it, open it with a double-click, and then select “Install.”

Some Ubuntu Flavors Are Lightweight

Ubuntu MATE, Xubuntu, and Lubuntu, for example, are relatively light operating systems. If you have an old computer accumulating dust that can’t handle the latest version of Windows, you might install Ubuntu MATE on it and give it a new lease on life.

It is a completely free operating system.

Unlike Windows, it is a free and ad-free operating system. You can trial instead of buying a Windows license if you recently acquired a new PC that you plan to use for basic chores.