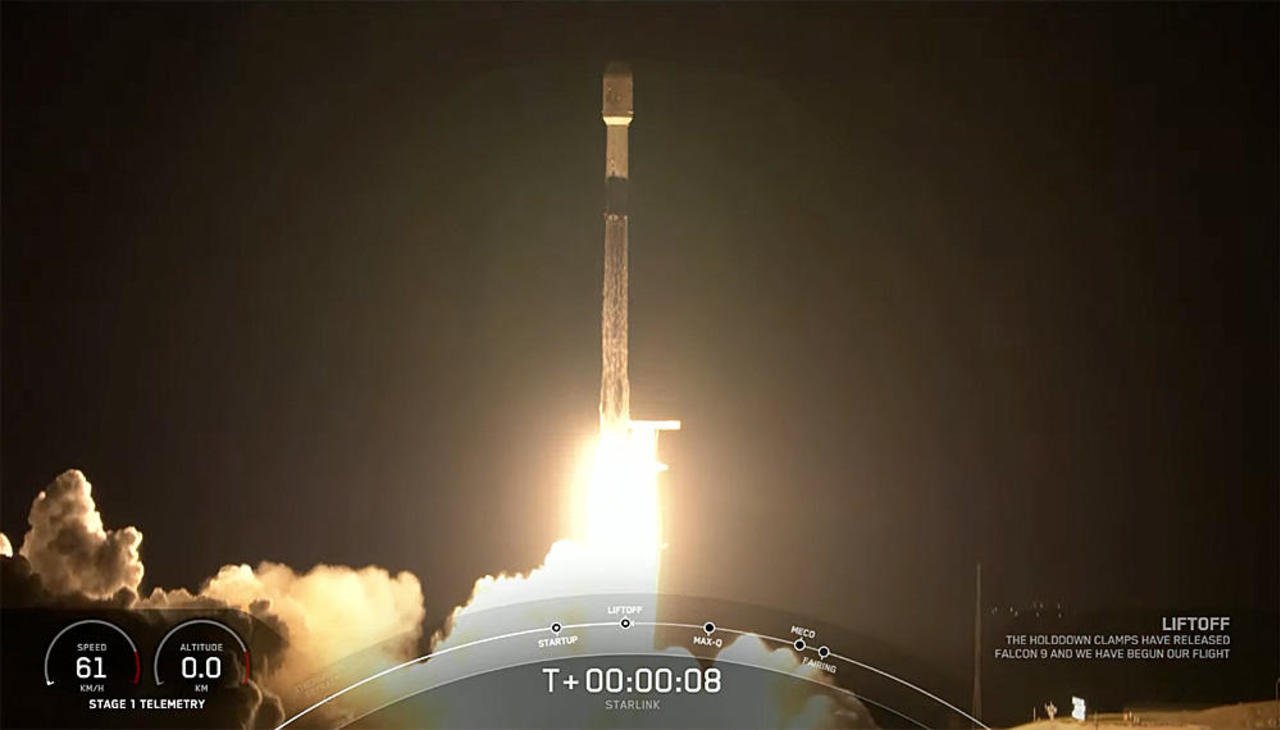 SpaceX launched two Falcon 9 rockets on Saturday, launching 52 Starlink internet relay satellites from California in the morning and a Turkish communications satellite from Florida a little more than 15 hours later, as part of a year-end launch surge.

The rapid-fire launches represented the company’s 29th and 30th Falcon 9 flights this year, with a final launch scheduled for Tuesday to deliver an unpiloted Dragon capsule to the International Space Station with crew supplies, science equipment, spare parts, and Christmas gifts.

That flight will be the 134th Falcon 9 launch for SpaceX since the booster’s debut in 2010, with the 137th including three triple-core Falcon Heavy rockets.

At 4:41 a.m. PST, SpaceX engineers launched the latest batch of Starlink satellites from Vandenberg Space Force Base, northwest of Los Angeles, using a Falcon 9 with a first stage making its record 11th flight.

The satellites were launched as planned, bringing the total number of Starlinks launched to 1,944. Meanwhile, SpaceX’s first stage made a perfect landing on an offshore droneship, marking the company’s 98th booster recovery and 75th at sea.

It was the 17th Starlink launch of the year, and the 33rd altogether, as SpaceX continues to build out a global network of commercial internet relay stations capable of providing broadband service to every location on the earth.

Meanwhile, another team of engineers at the Cape Canaveral Space Force Station in Florida prepared another Falcon 9 for launch Saturday evening, this one carrying the Turksat-5B relay station.

The Falcon 9 roared to life and launched from launch complex 40 at 10:58 p.m. EST, arcing east over the Atlantic Ocean under the light of a full moon.

The satellite was launched into an elliptical “transfer” orbit after two firings of the rocket’s second stage. The launch was SpaceX’s second for the state-owned Türksat Satellite Communications and Cable TV Operations Co. this year.

On-board thrusters will place the satellite into a circular orbit 22,300 miles above the equator in the coming weeks, allowing it to provide civil and military data relay, TV, and broadband services.

SpaceX engineers will prepare another Falcon 9 for a Tuesday launch from pad 39A at the Kennedy Space Center, setting off an automated rendezvous with the International Space Station, after Saturday’s launches and two successful booster recoveries.

The launch will be SpaceX’s 24th station resupply voyage and the company’s 31st total flight this year, which is thought to be a new high for a commercial U.S. company.

Fortnite Winterfest 2021: Where to Find Santa in Chapter 3