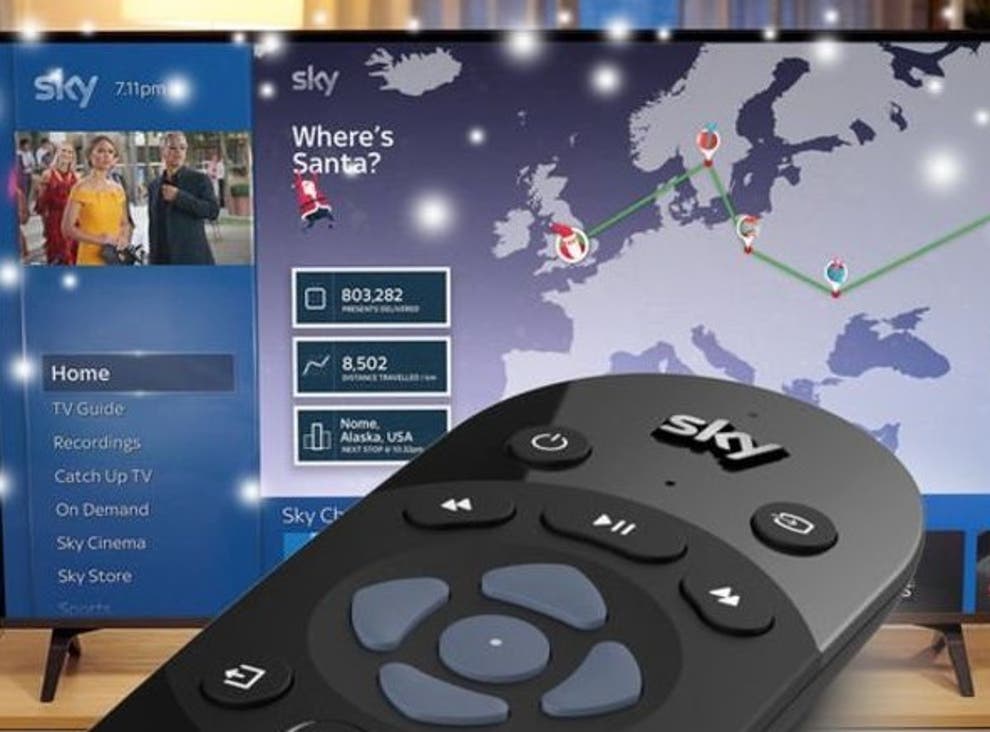 On December 24, the set-top box and Sky Glass TV will display a map showing the current location of Father Christmas and his reindeer.

The Christmas function can be discovered under the Apps section of the Sky Menu, or by speaking “Where’s Santa?” into the voice search button on the remote. or “Where is Santa Claus?”

Customers who have Sky Q or Sky Glass may now ask Santa if they’ve been good or bad, as well as receive access to Christmas humour by asking “Santa, give me a joke.”

The feature is one of various ways to track Father Christmas’s movements as he makes his rounds giving gifts.

The most renowned is the North American Aerospace Defense Command’s (Norad) original Santa tracker, which diverted some of its resources away from monitoring nuclear threats during the Cold War to spread some holiday happiness.

The business has been in operation for more than 60 years, evolving from a phone call service to a website and mobile app for Android and iOS devices.

There are multiple live streaming of Norad’s Santa tracker on YouTube, all of which are accompanied by Christmas music.

“Current circumstances at the North Pole predict fair weather for flight,” according to Norad’s website, ahead of Father Christmas’s latest excursion.

Google also has its own Santa Tracker, which keeps track of how many gifts have been delivered as well as his projected arrival and departure times.