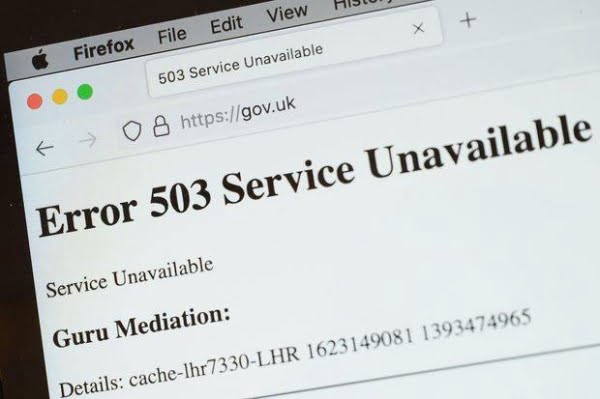 Several international media websites, including CNN, were also down due to the internet service being down.

According to the news agency, due to the internet down, several websites including Financial Times, Independent, New York Times, BBC, and Bloomberg news websites went down.

British media say the suspension of the Internet has affected access to websites and applications.

The news agency says that the link to the official website of the British government has also been downloaded while it is also difficult to access the website of Amazon.

According to the news agency, the reason for the immediate suspension of the internet has not been revealed.