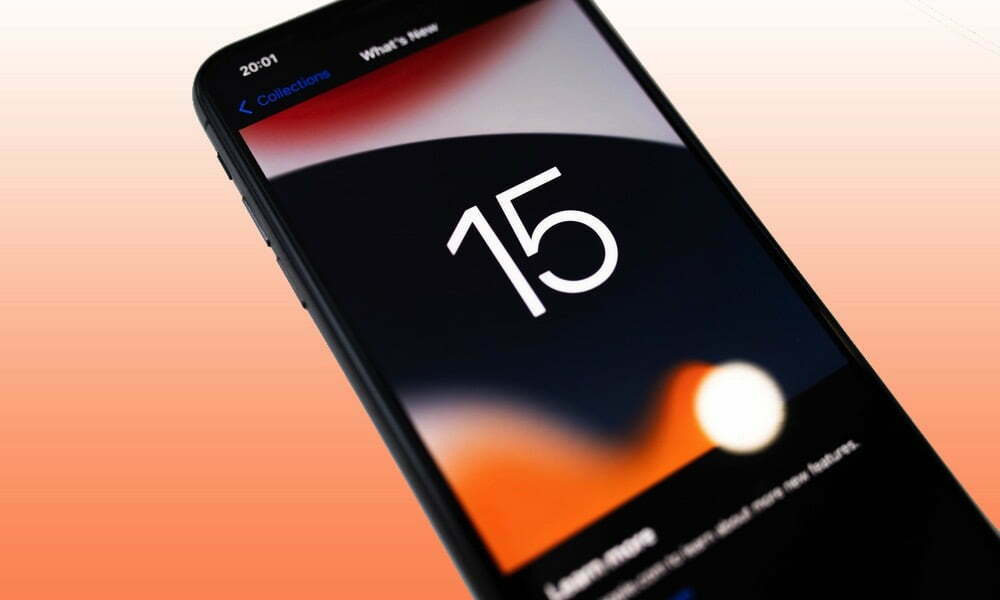 With the final Release Candidate sent out to developers yesterday, it appears that Apple is finally getting ready to release iOS 15.2 to the public later this month, following a six-week beta cycle.

The final step in the beta cycle for a new Apple operating system release is Release Candidates or “RC” versions. A week or two before the public release, these are handed out to developers and beta testers to ensure there are no show-stopping flaws.

An RC version is, for all intents and purposes, identical to the final release. If all goes according to plan, what developers and public beta testers get this week will be the same as what everyone else gets later this month. Apple has only had to pull back on a release candidate once in the history of iOS/iPadOS to make crucial changes.

Because the RC is identical to the final version of iOS, Apple has packaged it in the same way, which means all of the official release notes are now available, giving us a preview of what to anticipate in iOS 15.2. Although most of this was hinted at in prior betas, the release notes confirm the details and frequently offer one or two other surprises. Continue reading to find out what’s new in iOS 15.2!

Although iOS 15 brought a slew of new Apple Maps features to the iPhone, they weren’t immediately available for CarPlay. CarPlay users will now have access to upgraded city maps when driving thanks to iOS 15.2, which includes “road details like turn lanes, medians, bike lanes, and pedestrian crosswalks.”

The only drawback is that they’ll only be available in four cities for the time being: London, Los Angeles, New York City, and the San Francisco Bay Area.

Apple claims that additional cities will follow, and we’ve already seen hints that Apple is working on it in other important cities like Toronto, but rolling out these types of changes to a full metropolitan region takes time.

The official launch of the new Apple Music Voice Plan with iOS 15.2 is a pleasant surprise. Apple unveiled the new idea during its Unleashed event in October, but gave no specific timetable other than “later this fall.”

This is presumably required because Apple Music Voice Plan members will have a simpler user interface in the Music app, directing users to make all of their requests through Siri. Lyrics, video content programming, social sharing tools, and your personal iCloud Music Library are not supported.

In reality, it’s unclear whether you’ll be able to search for and explore Apple Music material manually. According to Apple’s release notes, users will have “access to all songs, playlists, and stations in Apple Music using Siri,” and a new “Just Ask Siri” function will be used to suggest music based on your listening history.

With the introduction of iOS 15.2, you’ll be able to designate a Legacy Contact who will have access to your data in the event that you pass away.

Although this is mostly a back-end function related to your Apple ID on Apple’s servers, you’ll set it up using iOS 15.2, which includes adding one or more contacts and sharing the essential recovery information with them. You can email it to someone via iMessage or print a printed copy to keep with your will and other estate documents.

The recovery information will contain a QR code and access key that your Legacy Contact can give to Apple, together with a copy of your death certificate, to request access to your iCloud account and remove the Activation Lock on your Apple devices after you die.

Instead of depending on developers to voluntarily publish what types of data they collect, you’ll be able to see all of the information that your apps are really accessing on your iPhone with iOS 15.2.

Apple introduced App Privacy Labels in iOS 14 last year, and while the move was well-intentioned, it proved out to be a better concept in principle than in practice. Not only did many developers take their time creating these labels, but the entire system depended on them being truthful in revealing this information. It’s unclear whether Apple’s App Store review crew ever double-checked the data provided.

The iOS 15.2 App Privacy Report, on the other hand, will inform you exactly what applications are doing with your privacy based on how frequently they utilize important iOS capabilities. You’ll see “how often apps have accessed your location, images, camera, microphone, contacts, and moreover the last seven days, as well as their network activities,” according to Apple.

Although the App Privacy Report only saves the previous seven days of activity, this is likely due to the granularity of the data. You can go down into each program to discover not just how recently this data was accessed, but also a record of the actual dates and times of each access.

While the foundation for this functionality has been included in previous iOS 15 releases, it has remained largely unusable. Finally, iOS 15.2 spruces things up and flips the key. You’ll find it under Privacy > App Privacy Report in the Settings app.

The TV app for the iPhone and iPad now has a new “Store” area that allows you to instantly access the iTunes Store to buy or rent movies and TV series. This saves you a trip to the iTunes Store app while also allowing you to filter out items that are only available through streaming providers.

Unfortunately, it does not work the opposite way around. The Watch Now interface will still display a jumble of content from your subscription streaming services, as well as shows that are exclusively available for purchase on iTunes.

The new Store tab comes with a broader update for iPad users, including a new sidebar that should make it easier to move between the various sections of the TV app.

The iPhone 13 Pro comes with a great new macro function that Apple has had to tune a little in later iOS 15 versions, and it’s still doing so in iOS 15.2.

The macro mode was completely automatic when it was initially released, kicking in when an item approached within around 10 cm of the lens. However, many people found this disturbing, so in iOS 15.1 Apple introduced an “Auto Macro” toggle switch in the iPhone Settings app to turn it off.

Unfortunately, this made it more difficult to use macro mode on the fly, requiring users to return to the Settings app and set the auto mode back on when they needed it, then turn it off again. The good news is that iOS 15.2 fixes this issue by providing a new macro photo control to the Camera app, allowing you to manually switch into macro mode whenever you choose.

It appears that iOS 15.2 will enable Apple’s new Communication Safety in Messages feature, which will assist safeguard children from unwanted and indecent photos.

The feature first appeared in an iOS 15.2 beta last month, but given the controversy and ambiguity surrounding Apple’s new child safety initiatives, we weren’t sure if it would be released to the public or if Apple would wait a little longer.

However, because Communication Safety is the less contentious of the two proposed features, Apple clearly felt it was okay to move forward with it, and the company has also listened to feedback from various advocacy groups, making one significant change to the feature to help protect children even more.

The Communication Safety function, as initially suggested, would alert parents if a child under the age of thirteen decided to see or transmit an explicit photo. Due to concerns that these warnings could put children in danger of abuse, this is no longer the case. Instead, the Communication Safety program will concentrate on offering assistance to children who may be the victims of predatory behavior.

The function will remain totally opt-in in iOS 15.2, so parents will have to enable it for their children. It’s essentially the same as banning access to apps and websites, and it’s part of the other Screen Time features.

Once activated, the iOS 15.2 Messages app will check for nudity-containing photographs on the iPhone and blur any that are identified. When a child tries to see one of these photographs, they will be presented with a warning that it may be harmful and that they must affirm that they actually want to see it. The software will also provide instructions on how a child can seek help from a trusted adult if someone is bothering them by sending them improper photographs.

There are a couple of additional minor changes in iOS 15.2 as well:

1. For iCloud+ subscribers, Hide My Email is available in the Mail app, allowing you to generate unique, random email addresses on the fly.
2. When an iPhone is in Power Reserve mode, Find My can locate it for up to five hours.
3. In the Reminders and Notes applications, you may now delete or rename tags.
4. When examining charts in Stocks, you can see the currency for a ticker as well as year-to-date performance.

iOS 15.2 also fixes the following issues, according to the release notes:

1. While VoiceOver is active and the iPhone is locked, Siri may not react.
2. When viewed via third-party photo editing tools, ProRAW photographs may appear overexposed.
3. When your iPhone is locked, HomeKit scenes that involve a garage door may not run from CarPlay.
4. Certain apps’ Now Playing information may not be updated by CarPlay.
5. On iPhone 13 models, video streaming apps may not be able to load content.
6. For Microsoft Exchange users, calendar events may appear on a wrong day.

How to Take Live Photos on FaceTime [iPhone and Mac]