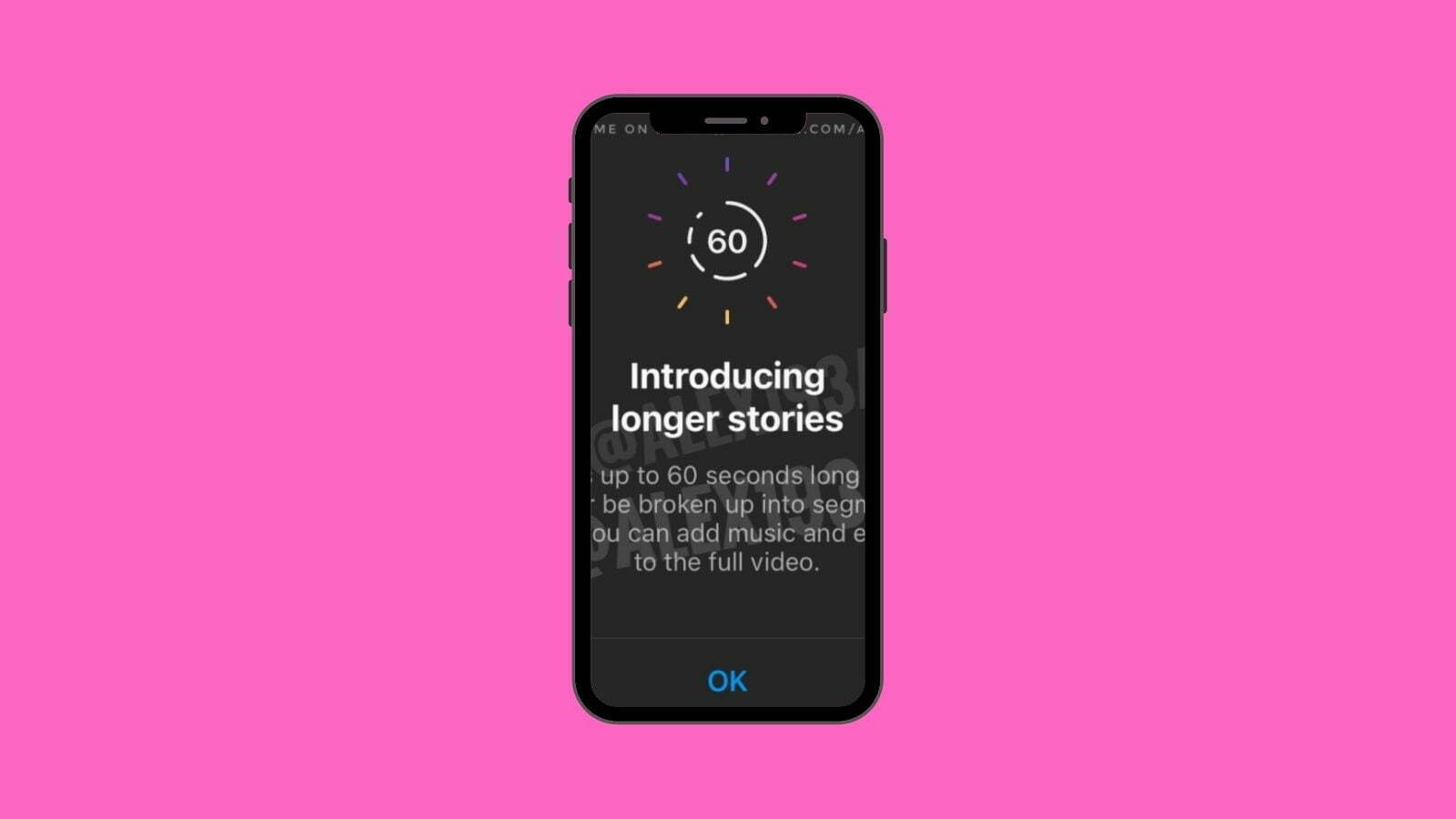 Until now, we could only watch videos up to a few (15) seconds in Instagram stories, but after the announcement a month ago, now 60 seconds (one minute) of video can be posted on Instagram.

You can also show it live if you wish.

This way long videos will no longer need to be split into 15-second pieces and can be played in multiple story frames.

Some users reported last month that the option had been opened for testing on some accounts, but it was officially announced two days ago.

Instagram says some people are still testing it, with the aim of allowing people to watch videos and post them without interruption. According to Instagram, this way people will be able to do their creative work easily.

Last year, Instagram also offered a lot of options, and now this time more features have been offered in a simple and creative way. Despite this, the various features of Instagram are very scattered. The rails come in a separate feed and have a separate story section. Now the company wants to bring all these options in one place.

On the other hand, whether it is YouTube or Instagram, TikTok has forced changes. TikTok is very popular among the youth and is setting new records of popularity. According to analysts, Instagram will soon improve and simplify its features.