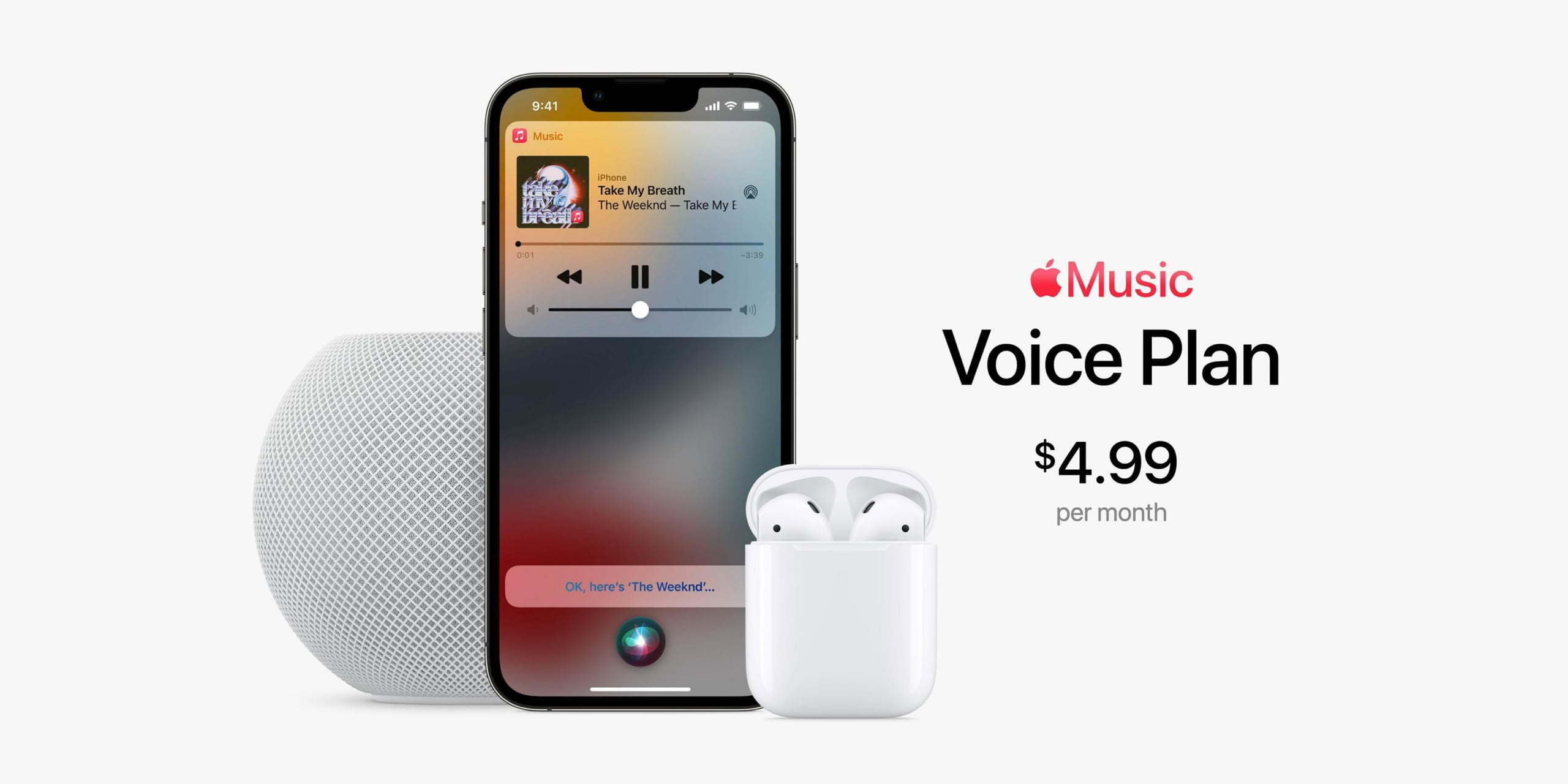 How the Music app works with Voice Plan

The Apple Music Voice Plan emphasizes utilizing Siri to interact with the interface, so the Music app looks a little different than usual. Listen Now, Radio, Library, and Search are the only four tabs to navigate, and each one operates identically to the usual Apple Music plan.

Listen Now: This tab displays personalized recommendations, playlists, and songs based on your musical preferences and what you’ve recently listened to on Apple Music. It also has some prompt suggestions for Siri right at the top.

Library: This page contains all of your personal music collection’s songs, albums, and playlists. With the Apple Music Voice Plan, you still have full access to your entire library, including any music you’ve purchased or playlists you’ve created.

Search: You may use Search to find a number of tracks, albums, and playlists by typing in any album, song, band, or genre. It’s a good place to browse the complete repertoire, but unlike with a basic Apple Music membership, you can’t play songs here; only previews are available.

How to play music with Voice Plan

You must use Siri to play the music that isn’t in your library if you have the Apple Music Voice Plan. You’ll have to ask Siri if you want to listen to a certain song or album. If you’ve ever used Siri with Apple Music, you’ll be familiar with this. Many of the prompts are similar to those you’ve probably already used. With the Voice Plan, you can use Siri to play music in a variety of ways.

Say anything along the lines of:

It’s worth noting that Apple Music is getting hundreds of new activity-specific playlists and moods, allowing Voice Plan subscribers to select music that fits their mood or activity. You’ll be able to use phrases such as:

How to control playback

Controlling playback with Siri is essentially the same as it is with the other Apple music plans.