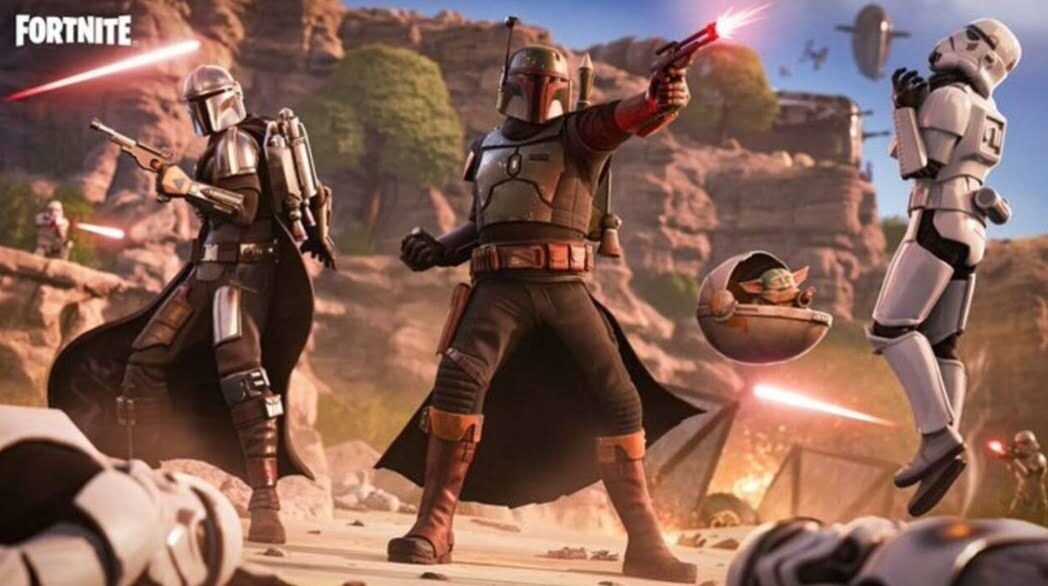 How to Get Star Wars Boba Fett Skin in Fortnite

Since the last mount, the skin had been teased. Following that, during Disney+ Day, Disney officially revealed the bounty hunter’s arrival in Fortnite, and the official Fortnite Twitter handle followed up with a hand-drawn teaser image of Boba himself.

Boba has arrived at the Sanctuary, fresh from the Sarlacc Pit, to spice up the Christmas season. Fortnite has recently had amazing collaborations with League of Legends, Arcane, Spiderman: No Way Home, and others to provide players with new costumes on a regular basis.

The most recent collaboration is with the Star Wars franchise, which is releasing their latest series at the same time.

Fortnite has teamed up with the well-known Star Wars franchise. To commemorate the release of Star Wars: The Book of Boba Fett on Disney+, the crossover has here. Players will be able to get the Boba Fett skin in Fortnite starting on Friday, December 24, 2021 (19:00 EST / 16:00 PST / 00:00 GMT).

The Fennec Shand skin is now available in Fortnite, alongside Boba Fett. Imperial Stormtrooper can also be obtained once more. After debuting in Fortnite Chapter 2 Season 1, this Star Wars skin is making a comeback.

The Z-6 Jetpack, Gaffi Stick, Boba Fett’s Starship (Glider), and Targeting Computer Online are all included in the Boba Fett skin’s bundle (Built-In Emote). Any new high-profile skin must include a harvester and glider as standard equipment.

How to Get the Boba Fett Skin in Fortnite

The Boba Fett skin is currently available in the Fortnite in-game shop, along with the rest of the bundle. For 1,500 V-Bucks, Fortnite users may get the Boba Fett skin. To get this iconic skin, you don’t need to grind the battle pass, complete an accomplishment, or do anything extra.

The Boba Fett skin isn’t the only unique Star Wars item available for purchase at the shop. For 1,200 V-Bucks, you can purchase Boba Fett’s Starship glider, as well as an 800 V-Buck Gaffi Stick harvesting equipment.

For 2,300 V-Bucks, you may purchase the entire Boba Fett package from the shop. The following things are included in the bundle:

In addition, the Imperial Stormtrooper skin is available in the item shop. It can also be purchased for 1,500 V-Bucks. Back brings and built-in emote, however, will not be included.

Fortnite players have recently spent a lot of money on stylish skins. However, if you are a true Star Wars enthusiast, you will not be able to resist purchasing the Boba Fett skin. The holidays have arrived, and you can spend them as Boba Fett in Fortnite.

Genshin Impact: Where to find Apples