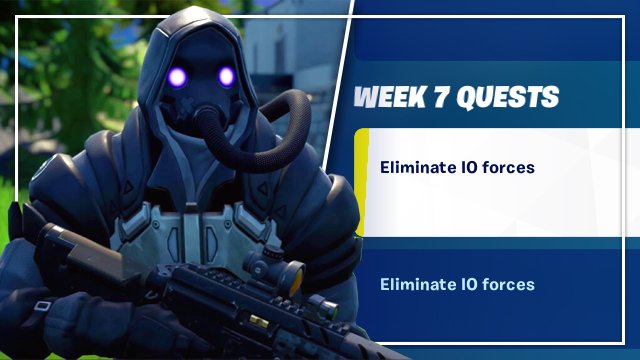 For some Fortnite players, the “eliminate IO forces” option isn’t working. The Fortnite Week 7 quest was recently added as part of this week’s big 19.20 content update, but despite the challenge appearing to be quite simple, many players are having trouble completing it. Is there a fix or workaround for the Fortnite “eliminate IO forces” quest, or is the challenge currently broken with no way to complete it? Is there anything else that needs to be done to finish it? # How to Fix Fortnite ‘Eliminate IO Forces’ Not Working Quest

How to Fix Fortnite ‘Eliminate IO Forces’ Not Working Quest

Players must defeat three IO soldiers to fix the Fortnite “eliminate IO forces” Week 7 Season quest, but it is possible that this has already been done and the reward has already been given, so it does not need to be completed again. The quest is glitched, but only in the sense that it appears multiple times on the Quests screen and can’t be completed more than once. If Fortnite displays the quest multiple times but only one of them is ticked, the player has completed the challenge. Duplicate quests will most likely be patched out soon.

If the player hasn’t finished “eliminate IO forces,” they must do so at one of three dig sites on the map:

Before going to the actual dig site, get a gun because the IO guards will attack as soon as they see the player. Near each location, there should be several small locations or chest areas.

How to unlock Foundation (The Rock) in Fortnite

How To Switch To Dark Mode On Mac