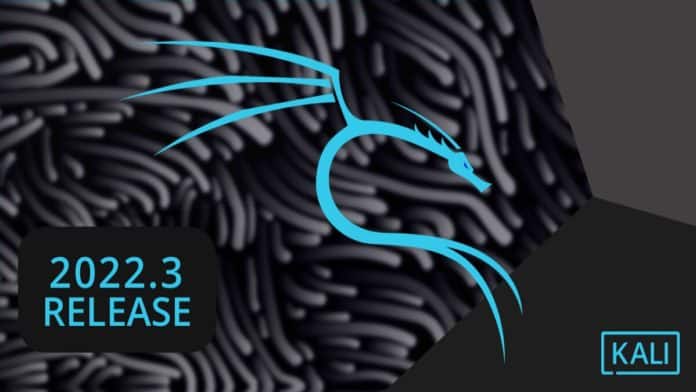 Kali Linux, which is a Linux distro that’s ideal for hackers, pen-testers, security researchers, and others, has most of the hacking tools available online.

The Kali Linux 2022.3 release is the beginning of a new discord service, Kali Linux & Friends. This allows Kali Linux users to chat live about Kali Linux and other OffSec community projects.

Offensive Security announced that there will be an hour-long session in which Kali developers will voice chat on Discord to answer questions, provide inputs and answer questions regarding Kali.

Although Kali Linux has provided VM images for VirtualBox and VMware, Offensive Security now offers a new format for VirtualBox users. To allow you to quickly add Kali to a new VM, it is now distributing VirtualBox images as a VDI disc and a.vbox metadata.

Kali Linux also made weekly builds of VM Images available from its rolling branch. However, they won’t receive the same amount of testing as Kali Linux quarterly releases.

You can also use these scripts to create custom Kali Linux VM images.

Updated kali Linux-labs package to include packages such as Damn Vulnerable Web Application and OWASP Juice Shop. You only need to run apt install You can also use the kalilinux-labs metapackage for all of them!

Developers plan to include more packages in future Kali releases.

The New Tools in Kali

If there weren’t any new tools, it wouldn’t be a Kali Linux release! These five tools have been added to Kali Linux 2022.3.

You can download the latest Kali Linux version 2022.3 ISO, along with the VirtualBox image file (and weekly update packages), from Kali Linux’s download page.

Fortnite: How to Unlock The Rocket League Items