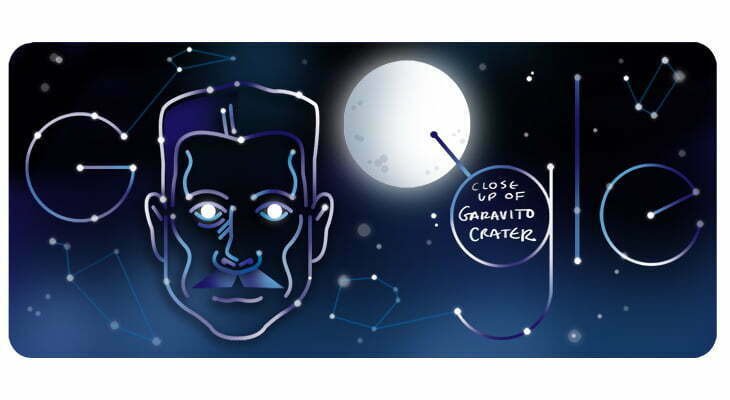 Today’s Doodle honors Julio Garavito, a Colombian mathematician, engineer, and astronomer who is widely regarded as one of the country’s most significant scientists. For nearly three decades as director of Colombia’s National Astronomical Observatory, Garavito made substantial progress in formulating the theory of lunar motion, elevating the observatory to one of the world’s most prestigious celestial mechanics research facilities.

On this day in 1865, Julio Garavito Armero was born in the Colombian city of Bogotá. He began secondary school at the age of ten, exhibiting an early extraordinary skill in science and mathematics. Garavito graduated with a degree in civil engineering in 1891 after defending three theses on the mathematical possibilities of pressure gauges, a revolutionary approach for computing pi, and triangle bridge constructions (which are still used today!).

Garavito’s mathematical abilities led to his selection as the director of Colombia’s National Astronomical Observatory, one of the country’s most distinguished scientific institutions, the following year. He used this facility to calculate comet trajectories and investigate the impact of the Moon’s orbit on Earth’s weather systems. Garavito was a scientific communicator who helped the Colombian public understand natural occurrences such as eclipses and earthquakes outside of his astronomical research.

Garavito’s celestial legacy was honored in 1970 when the International Astronomical Union named a crater on the far side of the moon after him. To celebrate his priceless achievements, the Colombian government placed his likeness on the 20,000 peso note in circulation in 1996.

Julio Garavito, an innovator whose scientific breakthroughs have put him on the map!