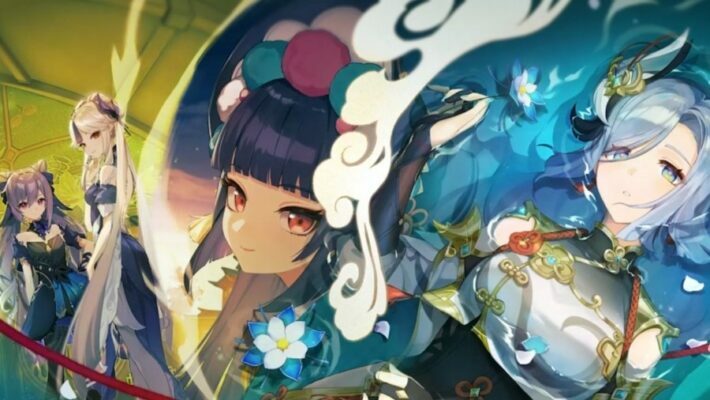 We finally have a release date for Genshin Impact 2.4, thanks to the completion of the stream. The update will be available on January 5, 2022. A new location, new banners, a new Archon Quest interlude objective, and events like the 2022 Lantern Rite will all be part of this. In addition, there’s a new trailer that goes through everything.

First, here’s the release date for Genshin Impact 2.4, as well as an overview trailer. It all starts with a sneak glimpse at the upcoming Archon Quest. Ninguang and her Jade Chamber are involved in this. There’s a hint at the Lantern Rite after that. It includes glimpses of Keqing, Hu Tao, and Xiao having fun at the occasion. New characters Yun Jun and Shenhe appear from there. After that, Enkanomiya, the new territory, and its adversaries appear.

The trailer becomes more descriptive about events beyond the three-minute mark. The Lantern Rite’s Fleeting Colors in Flight fireworks event, for example, comes up. Eight Locales Over Mountains and Seas does as well. We get to see the new Hangout Series and clothes near the conclusion.

As a reminder, we are also familiar with the 2.4 banners. The new Shenhe and Yun Jin banners, as well as a rerun of Xiao, will be included in the first phase. The Ganyu and Zhongli rerun banners will be available in the second phase.

How to set up a new iPhone