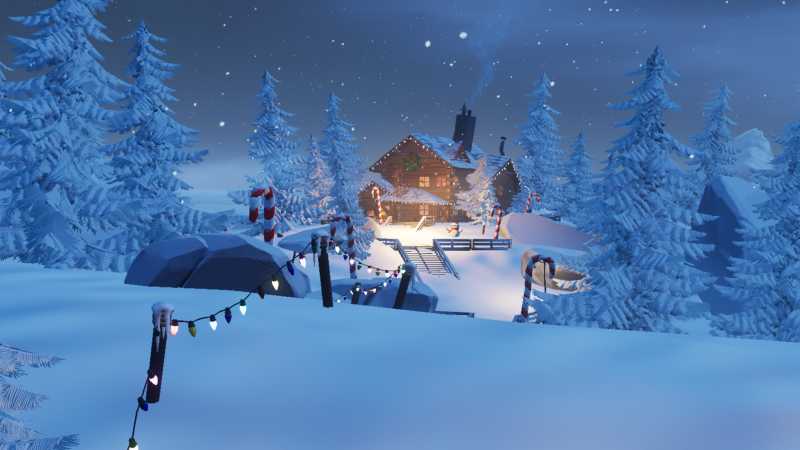 Winterfest in Fortnite started on December 16th, 2021, and as part of the celebrations, you can get a new free gift every day. # Fortnite Winterfest: How to open Krisabelle skin #

Sgt Winter isn’t just throwing away gifts around the island; he’s also letting you open a fresh present every day from under the tree in Crackshot’s Cozy Lodge. The new Krisabelle skin, a variation on the Isabelle and Blizzabelle skins, is one of the most eagerly anticipated gifts of the bunch. As we’ve reached the sixth day of Winterfest, some players can now begin redeeming Krisabelle.

How to open Fortnite Winterfest presents

Thanks to Fortnite Winterfest, you can open a single present each day as we count down to Christmas Day and beyond. However, like with prior Winterfests, you can open presents on days you don’t log on, so don’t worry if you can’t log on every day; you’ll still be able to redeem every gift.

When you walk into Crackshot’s Lodge, you’ll be met by a mountain of Christmas presents in all kinds and sizes. You can only open one present per day, but you can select which one to open. There are only two that aren’t allowed. Simply choose which gift appeals to you the most each day, choose it, then shake or open it according to the instructions!

How to get Krisabelle skin from Sgt Winter

Krisabelle and Polar Peely, the two highly awaited Winterfest gift skins, are the two restricted gifts. Krisabelle’s Outfit is the large gold box on the room’s left side. While it appears that you will be able to open this present immediately, you must first unwrap the six presents in front of it. This meant that Krisabelle couldn’t be claimed until Day 7, at the earliest.

Day 7 of Winterfest has come, but that doesn’t guarantee you’ll get Krisabelle. Only after you’ve opened the six gifts in front of it will you be able to open the enormous, gold gift. If not, and you really want it, you already know which gifts you should get next. You should be able to select the Krisabelle present and have the option to open it after you’ve opened the six gifts to the left of the Cabin.

When can you get Polar Peely skin?

Polar Peely, on the other hand, is a (literally) cool variation of the fan-favorite banana Outfit. He’s nestled away to the right of Sgt Winter’s recliner in the icy-blue present. This present, as you can see, has a somewhat different mechanism that prevents you from opening it quite yet. It’s iced over. Polar Peely’s ice-cold skin is so chilly that it appears to have converted his container into an ice cube. If you look closely, you’ll notice that it’s not quite as frozen as it previously was and that it’s slowly melting in the warmth of the cabin’s log fire. As soon as the ice has completely melted, you’ll be able to pull away from the wrapping paper and reveal the blue banana. This is most certainly Day 14, the last day of the Winterfest gift-giving, based on the progress so far.