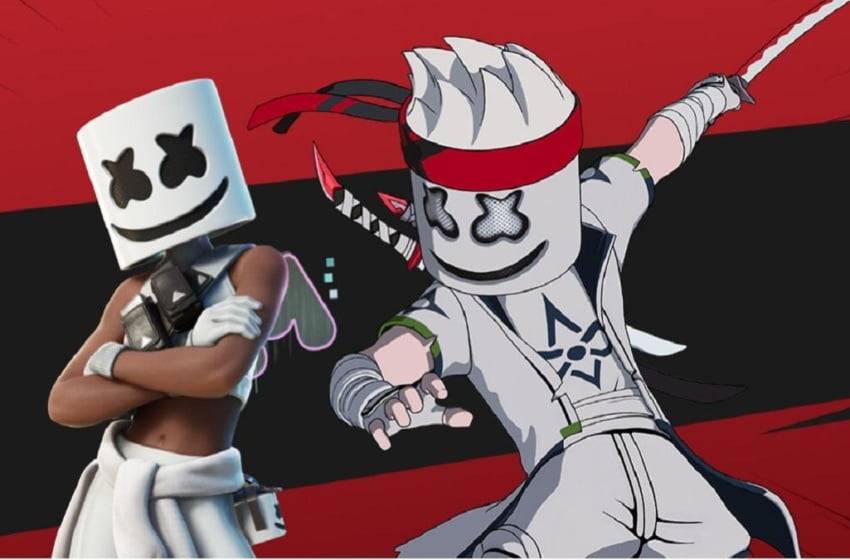 With the evolution of the “Melloverse,” Epic Games has expanded Fortnite’s collection of Marshmello skins as of this week. This means that on February 1st at 7 p.m. ET, several new cosmetics inspired by musician and entertainer Marshmello will be added to the game. The skins are accompanied by a variety of other cosmetics such as emotes, back bling, and more, and players can even vote for a future Marshmello track to be released in Fortnite.

The skins were revealed in a post on the Fortnite blog on Tuesday, along with the game’s latest update. In the tweet below, you can see a preview of the skins as well as more information about the cosmetics that will be added to the Item Shop.

“Party hard as Marsha and suit up as Mello melee master MARSHINOBI from the Welcome to the Melloverse Set, available in the Item Shop starting February 1, 2022, at 7 PM ET,” Epic Games said of the new skins. “Switch to the Marsha Outfit’s Toasted Style in the Locker if you want to amp things up a notch. What are the Melloverse accessories that go well with Marsha? The Mella Back Bling (sold with the Outfit) and the Mello Glo Pickaxe will keep the party glowing.”

Players can begin voting for the new track that will be added to Fortnite here. Two songs will be up for grabs, with one of them being chosen to be included in the game based on the number of votes it receives.

Those who missed out on the original Marshmello skin when it was released will soon have another chance.

“Don’t worry, Marshmello was invited to the party,” Epic Games added. “Starting February 1 at 7 p.m. ET, the Marshmello Outfit, as well as more items from the classic Marshmello Set, will be available in the Shop! Marshmello, Marsha, and MARSHINOBI should form a Marshmello-like team.”