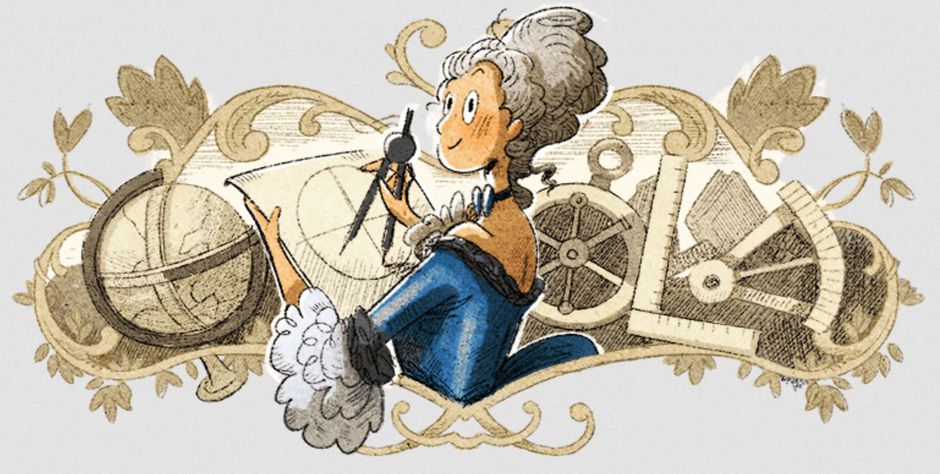 Émilie du Châtelet, a French noblewoman, was a mathematician, physicist, and philosopher whose contributions to science made physics theories more approachable. Her impact, however, is frequently overshadowed by her affiliation with Voltaire.

Du Châtelet’s most well-known contribution to science is her translation of Isaac Newton’s Principia, published in 1687 and widely regarded as one of the most important publications in scientific history. The French standard is still accepted Du Châtelet’s translation with added commentary on total energy.

On the 315th anniversary of du Châtelet’s birth, Google created a Doodle in her honor.

In 1706, Émilie du Châtelet was born Gabrielle-Émilie Le Tonnelier de Breteuil into an aristocratic Parisian family, where she received a superior education in science, music, and literature. She supplemented her academics with fencing and linguistics courses, and by the age of 12, she was fluent in four other languages.

However, she grew up in an era when it was uncommon for women to pursue careers in science, so she married in her twenties and had three children while continuing her study. In 1737, he published a landmark physics paper in which he proposed that different hues of light had varying energies and predicted that infrared light conveyed heat. She was also the first person in history to propose that total energy can be saved rather than lost to momentum, a concept that has since gained widespread acceptance.

Du Châtelet made substantial contributions to philosophy in addition to her translations, studying and synthesizing numerous thinkers’ perspectives on religion, philosophy, and the natural world. Her long-term romantic relationship with French philosopher Voltaire, however, typically overshadows her importance.

In 1738, the two collaborated on the Elements of Newton’s Philosophy, which helped explain and popularise Newton’s theories under Voltaire’s name. Institutions de Physique, a treatise of natural philosophy that merged metaphysics and physics and influenced later Enlightenment philosophers, was her magnum opus, published in 1740.

She died in childbirth in 1749 at the age of 42, but her innovative translation of Principia didn’t appear until 1759, ten years after her death.