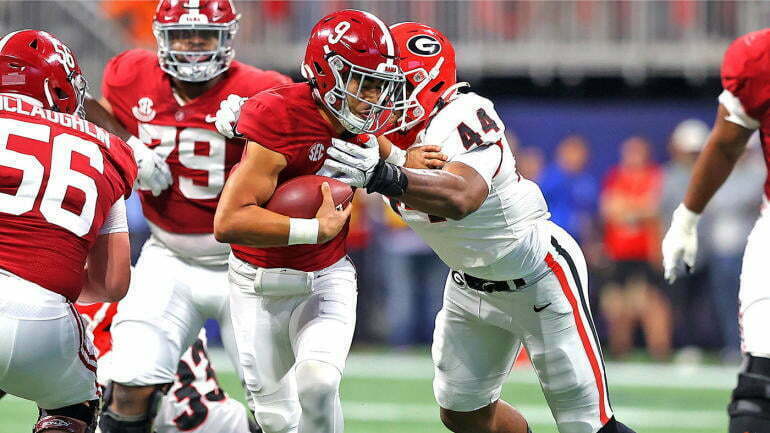 After a slow start in which the teams traded field goals in the first half, Georgia came alive in the second half and held off a late comeback attempt to defeat Alabama 33-18 on Monday, claiming the Bulldogs’ first national championship since 1980.

In the first half, Georgia punted on three of its first five drives and kicked field goals on the other two, before scoring touchdowns on three of its final four drives. With 54 seconds left, Kelee Ringo threw a game-winning 79-yard pick-six.

The Bulldogs gained 399 yards on the ground but just 30 on the ground, and they only ran 56 plays compared to Alabama’s 85.

Jameson Williams, Alabama’s top receiver, went down with a knee injury in the first half. The Crimson Tide’s offensive woes were exacerbated by his absence and Georgia’s strong pass rush. They only gained 4.7 yards per play, Bryce Young was sacked four times after not being sacked at all in the SEC championship game against Georgia, and one of the top third-down teams in the country went 9 for 20 on Monday.

How to Scan and Translate an image in Google Translate

How to Get Unlimited Free Space on Dropbox, Google Drive and One Drive